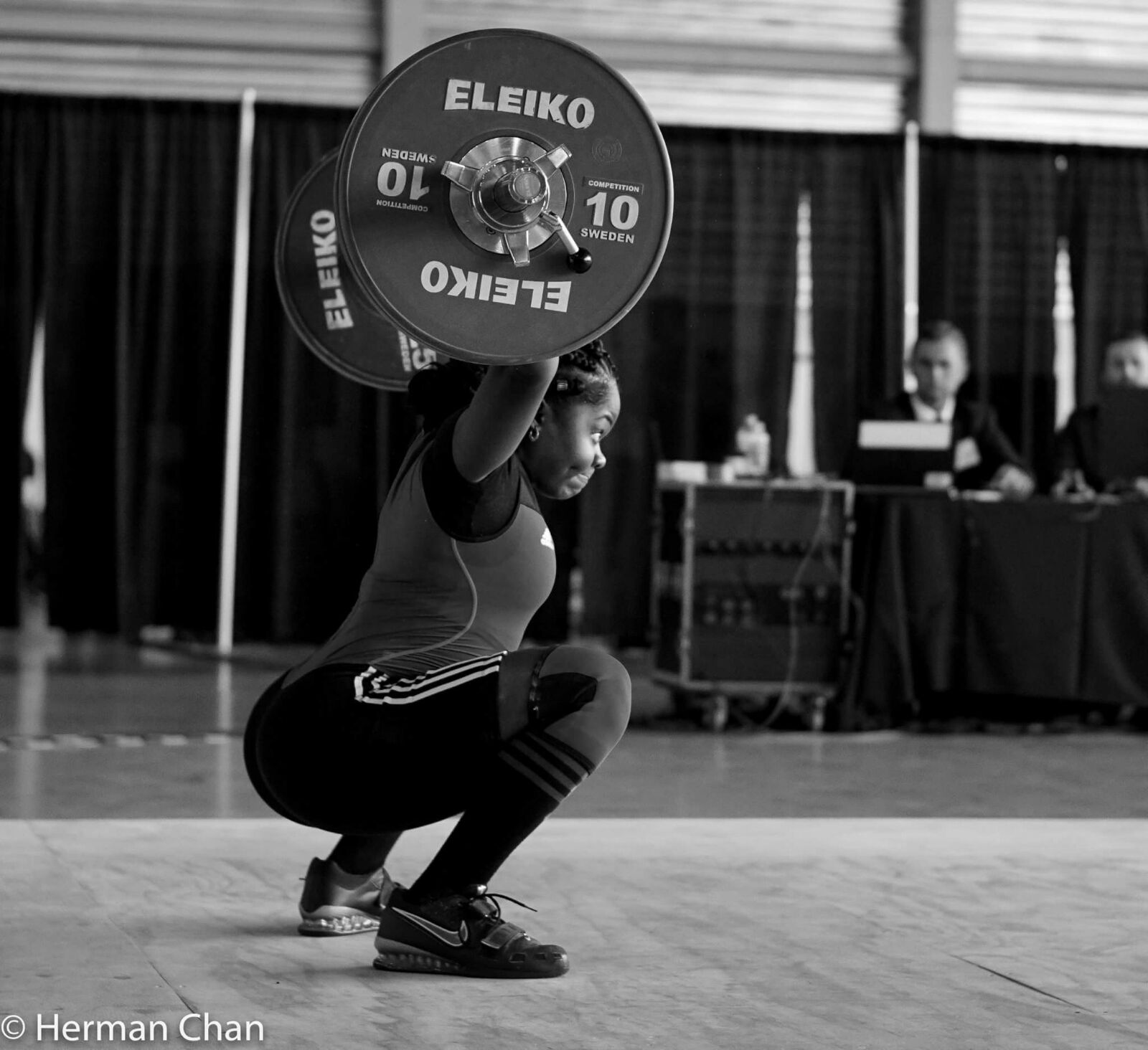 Training up to the Senior Canadian Championships, I had a great feeling. My training was on point. I was hitting my openers, and numbers even higher, with ease. I decided to move up a category from 69kg to the 75kg class because I was tired of cutting weight. I couldn’t stand starving myself for another minute; I needed all my strength and power for this particular meet. 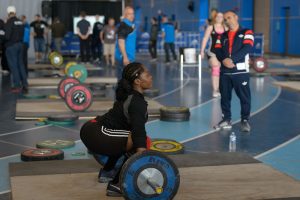 The big day, Mother Nature had to surprise me with her best gift of all. I was determined not to let this minor setback affect me mentally, because I believe in mind over matter. And you can overcome whatever you`re faced with at a particular moment if you have a strong mind.

In my opinion, Olympic Weightlifting is 90% mental. 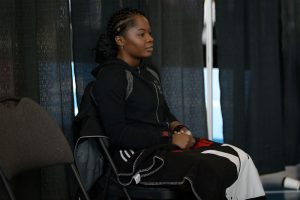 During warm-up, the weights felt light. I was moving quick and powerful. I felt confident and strong in my attempts. The snatches were over, but I wasn’t too pleased in my performance, I could have done better but I knew it was due to technical error, not strength.

The clean and jerks were next, I knew I had to shake the anger I felt about the last session and prepare mentally for what was next. My cleans were slow and not as powerful as my snatches and my coaches (Clance Laylor and Alexander Varbaov) were starting to worry. I was supposed to open at 110kg but they decided to drop down to 105kg opener. I knew the main reason for my sluggishness was due to Mother Nature`s untimely visit. I never let that affect me psychologically though. I was doing well up until my last clean and jerk, my rest time was cut short and I jumped 6kg without rest. 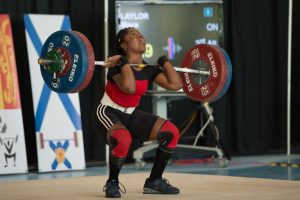 My dad moved up 1kg for extra rest, and the weight was now at 117kg. As I was walking towards that weight, I had no fear whatsoever. I was ready. I felt like I had turned into `She Hulk`. I got the clean. I was so ecstatic, but I knew I had to jerk it, so I was calming myself down while that 117kg was on my shoulders. I went for the jerk (put everything I had in it) but as soon as the weight went up and I was getting ready to lock it out I felt excruciating pain and heard the sound of cracking bones in my left elbow. I immediately dropped the weight behind me and dropping to my knees, I bent over grasping my left elbow, weeping inconsolably.

Instantly, my dad and several others ran to my side while I knelt down crying. I know in my heart of hearts, without a doubt, that I would have gotten that 117kg clean and jerk if my elbow had not given out!

Since the injury, I have seen three doctors. It turns out that I have torn my ulnar collateral ligament which is responsible for keeping my elbow and forearm stable and prevent them from flopping around. Many thoughts are running through my mind. I feel lost and have no idea what to do with myself. When I got home and told my sister Kia the diagnosis, I broke down.

I can’t believe what is happening to me, I do not want to accept that I am injured and have to stop Olympic Weightlifting for 3-6 months until I am healed completely. I feel useless.

But I will get past this, mind over matter.