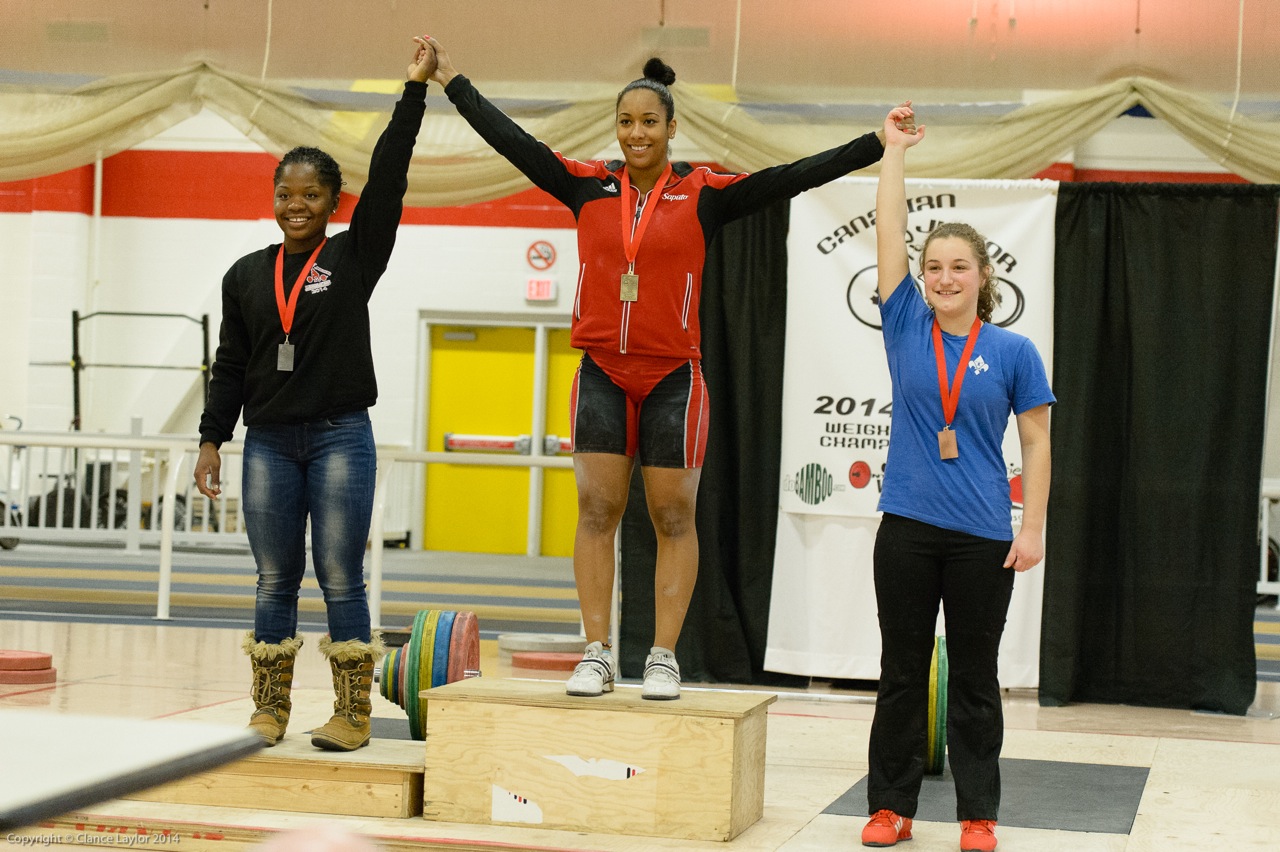 At the CJC, Maya was successful in completing her first snatch attempt at 76kg (167lb). While, Kristel opened with an 81kg (178lbs) snatch attempt. However, she missed this attempt but was able to complete it on her 2nd attempt. The missed attempt put tremendous pressure on Kristel as Maya still had 2 attempts left which would allow her to close the gap. Maya was successful at 80kg on her second snatch. However, on her last snatch attempt she went for 83kg but made a grave technical error that proved to be unsuccessful. Knowing that the pressure was on, Kristel made a monster successful snatch at 86kg (189lbs) and pulled six points ahead of Maya.

The clean and jerk portion of the event brought out the competiveness and spirit of the competitors, coaches, and even fans. Maya opened with a 96kg clean and jerk and nailed it. Kristel’s first attempt was a successful super 105kg (231lbs) clean and jerk. The competitive gamesmanship and fire between coaches was lit. Maya’s second attempt was successful, completing a 101kg (223lbs) clean and jerk. The lift was so powerful and explosive that her coach decided to jump ahead to an impressive 106kg for her last attempt. However, this was just a crafty move to increase her attempt to 108kg (238lbs), the Ontario Junior record. Unfortunately, Maya was unsuccessful at the 108kg clean and jerk but not before getting under it, which was a great achievement. Had she been successful in the attempt, Kristel and Maya would have been tied for first place. The tie would then go to the individual with the lower bodyweight, which would have been Maya. With the pressure placed on her by Miss Laylor now dissipated, Kristel knew she had secured first place. Although she missed her 2nd attempt at 108kg, true champion and competitor that she is, Kristel moved up to 112kg (247lbs) on her last clean and jerk attempt. It was a monster clean and jerk at 112kg but unfortunately she could not hold on to it. Kristel won the event with an impressive 191Kg total, while Maya pulled second place with a strong 181kg total.

The Canadian Junior Championship 69kg women event proved to be a riveting competition. Kristel and Maya demonstrated true fire and spirit and this competitive rivalry is only the beginning for these two future Olympians.

Maya & Kristel both secured their place on the junior Canadian team, and will be representing Canada at the World Junior Championship in Kazan, Russia, June 2014.